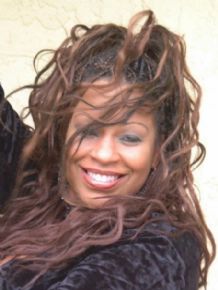 ALFREDA GERALD, Soul/R&B Diva will present A Tribute to the Great Divas of Soul on Thursday, July 23, 2015 7:30 pm UP CLOSE & PERSONAL ™ at NSU Museum of Art Fort Lauderdale.

Alfreda Gerald is an American vocalist born in Morganton, North Carolina. Upon graduating from college, Gerald sang professional opera with the London Philharmonic Orchestra, the New York Philharmonic Orchestra, and the North Carolina Symphony Orchestra. She has both a classical and R&B background and has toured and/or recorded with such artists as Warren Haynes, Wes King,Spectrum, The Gap Band, Deleon Richards, Michelle Malone, and Taliesin Orchestra. Alfreda is known for her powerful vocals & incredible stage performances. She has been a featured vocalist with Yanni on several of his singles, most recently performing during the 2003-2004 Ethnicity and 2005 Yanni Live! world tours, and appears in the live concert films Tribute, and Yanni Live! The Concert Event. Alfreda is currently managed by Shakir Entertainment Management in New York City. Ms. Gerald recently appeared in the Tyler Perry feature film “Madea’s Witness Protection” performing “Oh happy day”. Alfreda is currently in studio working on a couple of dance recordings with music producers, that’ll be released 2012-13.

Venetian Arts Society of Fort Lauderdale is extremely proud to present UP CLOSE & PERSONAL at NSU Museum of Art Fort Lauderdale. This unique and innovative series features major International Vocal Artists from New York, London, Paris and all the great stages of the world. These noted performers from Opera, Jazz and Musical Theater, invite the audience to become a part of their powerful creative experience and each month 100-300 of our guests end the evening with everlasting memories.

This entry was posted on December 27, 2014 by venetianartssociety in Uncategorized.